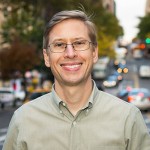 Jeff Byles is an author and urban thinker deeply engaged in public design and its role as a catalyst for cultural innovation. Jeff currently serves as Partnership Director of Being Here Landscape Architecture & Environmental Design, PLLC, a collaborative design and consulting practice that works at the intersection of site and society to create places and communities that foster well-being. Jeff developed national expertise in public design through his work with organizations including Van Alen Institute, where he led design competitions and public programs devoted to transforming the built environment. Previously, Jeff served as Managing Editor of The Architect’s Newspaper in New York. Jeff’s publications include Rubble: Unearthing the History of Demolition (Harmony Books, 2005), and A History of Design from the Victorian Era to the Present (Norton, 2011, with Ann Ferebee), and he has lectured internationally on architecture, landscape, and the future of the city. 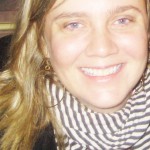 Alison Duncan is a landscape architect and founder of Alison Duncan Design: Landscape Architecture + Urbanism. Alison was Project Manager of $100 million of design and construction documents for The Croton Water Treatment Plant in the Bronx while previously working for Ken Smith Landscape Architect. This project was a recipient of a 2008 Design Excellence Award from the NYC Public Design Commission. With her own practice, Alison was a recipient of a NY ASLA Chapter Award for work on the East River State Park in Williamsburg, Brooklyn. Alison is a graduate of Brown University, and received her MLA from the University of Pennsylvania School of Design. In 2013, Alison joined the Adjunct Faculty for the Master’s in Urban Design program at Columbia University’s Graduate School of Architecture, Planning & Preservation. Since 2010, Alison has served as a board member of the NY Chapter of the American Society of Landscape Architects, acting as Education Chair; she is also on the Advisory Board of the Urban Assembly School for Green Careers. A native New Yorker, Jennifer Sage, FAIA, LEED AP, has practiced architecture for more than twenty years on a variety of public and private projects. As half of Sage and Coombe, she has helped to build a portfolio of public, private, and commercial work. Clients include the Noguchi Foundation and Garden Museum, St. Francis College, the Greater Newark Conservancy, the City and Country School, the New York Public Library, the FDNY, and the Town of Highland Park. Selected for Design Excellence initiatives with both the Departments of Design and Construction and Parks and Recreation, she has directed work in all five boroughs including the PlaNYC project for the design of the Ocean Breeze Track and Field House in Staten Island. Jennifer has taught at Yale, Harvard, Carnegie Mellon, RISD, and Catholic University, where she taught in the honors studio program in Rome. Gwen Pier is the Executive Director of the National Sculpture Society, where she is responsible for running a national not-for-profit arts organization whose programs include: exhibitions and publications; board, general (open to public), and committee meetings; educational scholarships, grants, and competitions; development and fundraising; and special events (educational lectures, tours, and panel discussions). The National Sculpture Society was founded in 1893 and is committed to promoting good sculpture in the United States. Gwen has worked in the arts for over thirty years. She attended Skidmore College in Saratoga Springs, New York (B.A., English); the University of London, Goldsmith’s College; and Columbia University (M.S., Fundraising and Nonprofit Management). 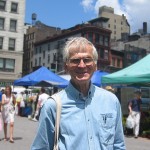 Barry Benepe is proud to be a born-and-bred New Yorker. The son of a linen importer, he grew up on Gramercy Park, walking daily under the Third Avenue El to attend Friends Seminary on Stuyvesant Square. After graduating from Williams College with a B.A. in Fine Arts in 1950, he returned to New York, studying at Cooper Union for two years. He later attended the Massachusetts Institute of Technology, where he received a Bachelor of Architecture degree. Although Barry has spent most of his career as a planner and architect, his passion—much like Jane Jacobs and his mentor, architect and planner Robert C. Weinberg—is advocacy and activism. Barry has championed causes throughout the years including the campaign to oppose the Westway Project in the 1970s, efforts to create more attractive spaces for pedestrians, and his greatest passion for the past thirty years, New York City’s Greenmarket program. Barry and his wife, Judith, live in the West Village, a few streets away from Jane Jacobs’ home on Hudson Street, where he can be found wandering with his 1911 Bromley map in hand, still excited by what he sees and finds in New York, the city he has made more livable for us all.

Stephen Gottlieb, architect, is a former partner for historic preservation at WASA in New York City. He previously worked as an architect with Moshe Safdie and Mitchell and Giurgola. Stephen has served as President of the Fine Arts Federation of New York and Vice President of the Victorian Society in New York. He is past chair of the AIA Historic Buildings Committee, and has taught historic preservation at Columbia University, New York University, and the University of Southern California. He is a member of the Conservation Advisory Board of the Public Design Commission. His architectural preservation projects include Louis Sullivan’s Bayard Condict Building, Frank Lloyd Wright’s Fallingwater, The Guggenheim Museum, and New York City Hall’s City Council Chamber. 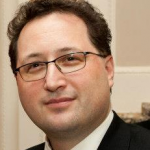 Simeon Bankoff is Executive Director of the Historic Districts Council, which strives to preserve the history of New York City by advocating for the protection of historic buildings and neighborhoods. Under Simeon’s tenure since 2000, HDC has been at the forefront of historic preservation campaigns such as the drive to save the formerly industrial neighborhoods of Brooklyn’s waterfront, the protection of Lower Manhattan’s unprotected historic buildings, fighting out-of-scale development along Central Park, and advocating for the preservation of low-density historic neighborhoods in Queens. Simeon previously served at preservation organizations in New York including the Historic House Trust, where he worked to acquire 18th- and 19th-century farmhouses for the city, and the New York Landmarks Preservation Foundation, where he helped initiate the Cultural Medallions plaque program, which commemorates the residences of notable New Yorkers. A lifelong resident of Brooklyn, he holds a B.A. from Sarah Lawrence College. 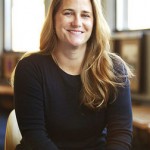 Amanda Lehman is an architect with a multidisciplinary interest in integrating history, context, and environmental sustainability. Her path toward architecture began romantically with restoration training at the St. Antoine Abbey in eastern France. She continued training in restoration in Europe and Southeast Asia before serving at the New York City Landmarks Preservation Commission. Following an eight-year respite in New Orleans and San Francisco, she served as Senior Associate at COOKFOX, an architecture firm where she pursued design shaped by a strong connection to place, the highest standards of sustainability, and a commitment to excellence enriched by the collaborative process. Amanda earned a Master of Architecture from the Tulane University School of Architecture in 1997, and is a member of the AIANY Historic Buildings Committee. Jennifer Nitzky, RLA, ASLA, ISA is a registered landscape architect and ISA Certified Arborist with over eighteen years of professional experience in landscape architecture and urban planning. Jennifer has a strong passion for sustainable design and thrives on the challenges an urban environment can bring to the design process. As an Associate at Robert A.M. Stern Architects, Jennifer collaborated on a wide range of both international and domestic projects at all scales. Jennifer earned a Bachelor’s Degree in Architectural Design, specializing in fine arts and graphic design at Bowling Green State University, then studied Landscape Architecture at Ball State University. Since 2000, Jennifer has been an active member of the American Society of Landscape Architects (ASLA) New York Chapter, is a past President and has served on the National ASLA Committee on Education and Public Relations and Communications Advisory Committee, and is a current Professional Practice Networks Council Leader. Michael Royce is the executive director of the New York Foundation for the Arts (NYFA), which serves artists in all disciplines, arts administrators, and arts organizations. In 2017, Time Out New York named NYFA one of their top 10 organizations that make living in New York a better place. In 2018, Michael won the Alan Cooper Leadership in the Arts Award presented by the Mid Atlantic Arts Foundation. He co-chaired the Grantmakers in the Arts’ Individual Artists Group Steering Committee, and has served as a trustee on the New York Council of Nonprofits, the Jersey City Museum, the Art Directors Club of New York, and the Rebecca Kelley Ballet. He currently serves on the New York State Education Department’s Arts Blue Ribbon Commission. Michael has designed programs for emerging artists, mid-career, and aging artists in the U.S., and in 2017 he launched programs for immigrant artists in Detroit, Newark, Oakland, and San Antonio. He has held past senior positions at the Moynihan Station Development Corporation, Theatre Development Fund, New York State Council on the Arts, and Creative Arts Team. Renee Schoonbeek is part of the planning and urban design team in the New York City office of CallisonRTKL. She has a wealth of experience in both the public and private sectors in strategic planning, economic and community development, and managing complex planning and design projects in dense, urban environments. Prior to joining CallisonRTKL as Senior Associate Vice President, she served as Vice President of Planning and Capital Projects of the Hudson Square Business Improvement District in New York City. After graduating with her master’s degree from the University of Amsterdam, Renee worked in policy analysis and planning on large-scale, multifaceted development projects throughout the Amsterdam metropolitan area. She moved to New York City in 2007, where she has acted as a liaison for community stakeholders, property owners, commercial tenants, business owners, and city officials and agencies, and played an active role in planning proposals and rezoning efforts. 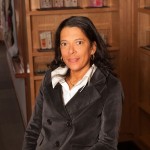 LeAnn Shelton, AIA, Esq. is General Counsel and Director of Business Affairs for Rockwell Group. As a registered architect and attorney with over twenty years of experience, she handles a wide range of design and legal issues, including entertainment, intellectual property, real estate, product licensing, product liability, professional liability, employment, land use, and construction law. LeAnn currently serves as the Division Chair of the Arts and Museum Law Division of the ABA Forum on the Entertainment and Sports Industries, and as a public member of the New York City Loft Board. She is a former Director of Legislative Affairs of the AIA New York Chapter Board of Directors, and served as the Architect Member of the Public Design Commission of the City of New York. Prior to joining Rockwell Group in 2008, LeAnn was an Associate Principal at Ehrenkrantz Eckstut & Kuhn, and at David Brody Bond. She is a graduate of Amherst College, Columbia University Law School, and Columbia University Graduate School of Architecture, Planning and Preservation. 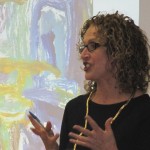 Carol J. Steinberg has practiced art, copyright, and entertainment law in New York City and on the East End of Long Island for over twenty years. She is a Member of the Faculty of the School of Visual Arts, where she teaches courses on artists’ rights, and is the Art Lawyer on the newly-formed East Hampton Arts Council. Carol is a former Co-Chair of the New York County Lawyers’ Association’s Entertainment and Media Law Section; is the Assistant Treasurer and Pro Bono Steering Committee Member of the New York State Bar Association’s Entertainment, Arts, and Sports Law Section; and has been a member of the Art Law Committee of the New York City Bar Association for the past three years. Carol is currently a consultant to the New York Foundation for the Arts and speaks frequently about copyright issues at their Artist as Entrepreneur Boot Camps. Carol is also on the Advisory Council of Golden Fleece Ltd. (the Composers’ Theatre), and has received a Volunteer Award from the Volunteer Lawyers for the Arts.