On July 18, 2015, the Fine Arts Federation of New York and No Longer Empty presented “No Longer Bored Family Day: Building Our Future,” the closing Family Day event at the Old Bronx Borough Courthouse. Through story-telling, art-making, and building play, families and children of all ages explored the architecture of this distinguished Beaux Arts-style building, and considered its preservation and future as a vital community landmark.

This event was a program of No Longer Empty’s exhibition When You Cut Into the Present the Future Leaks Out, including the works of 26 artists and site-specific works commissioned for this long-vacant Bronx landmark. Built from 1905–1914 and attributed to architects Michael John Garvin and Oscar Florianus Bluemner, the courthouse, once boasting granite floors, lavish stairways, and bronze doors, remains adorned by a statue of Lady Justice. Listed on the National Register of Historic Places and a designated New York City landmark, the building has been shuttered for 37 years.

This event is a proud program of the NYC Landmarks50 Alliance, in commemoration of the 50th Anniversary of New York City’s Landmarks Law in 2015. 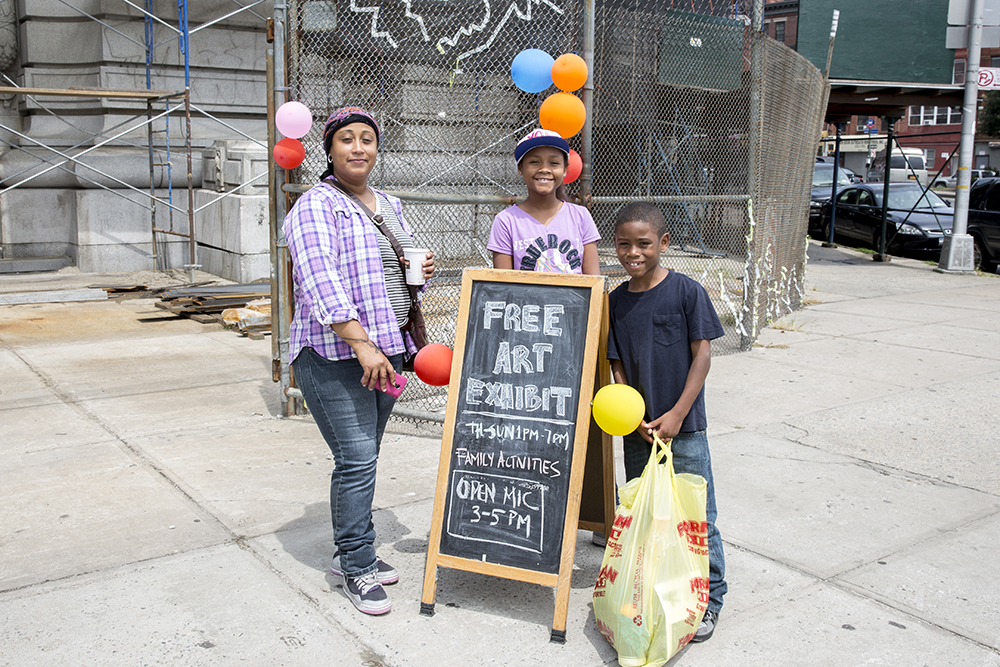 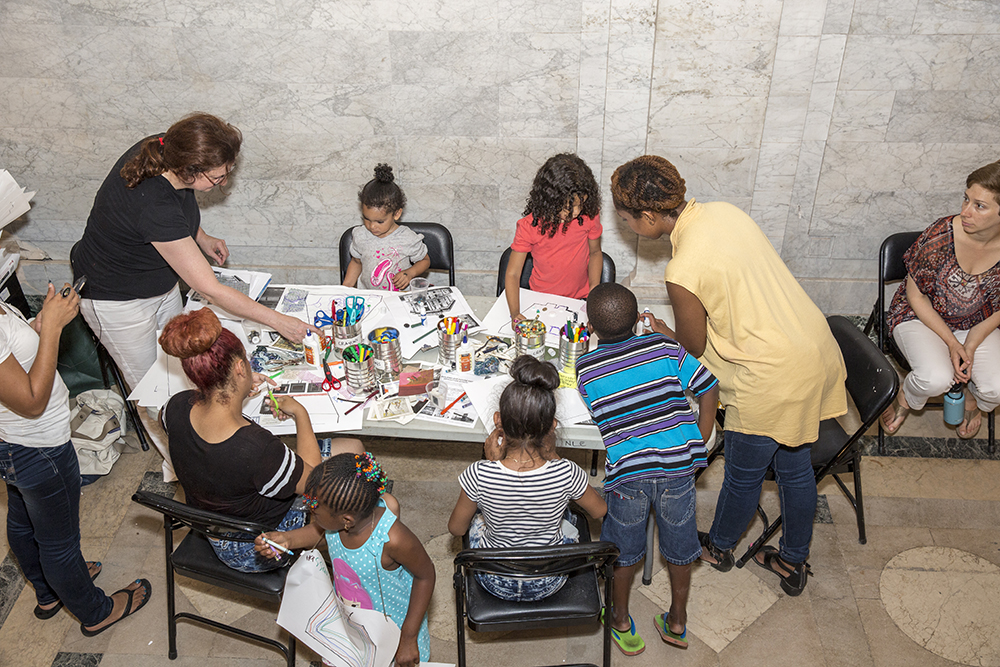 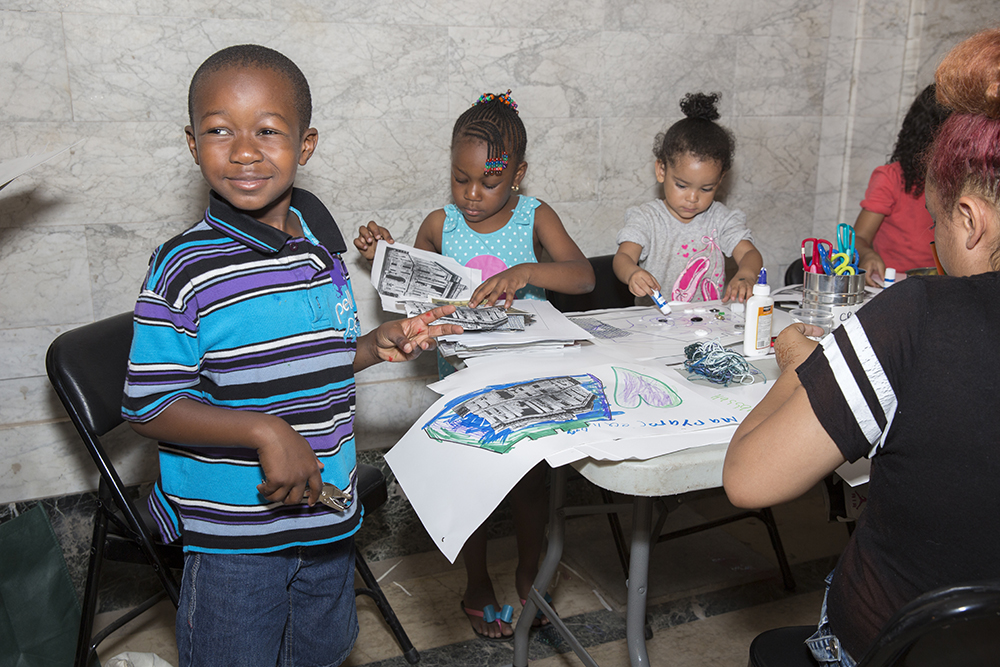 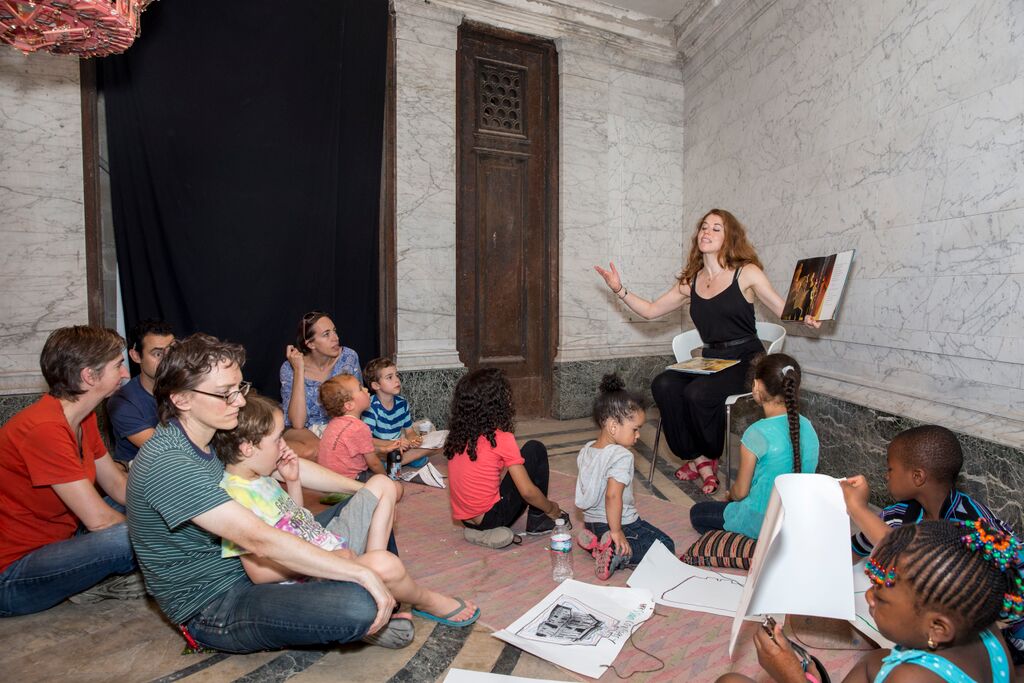 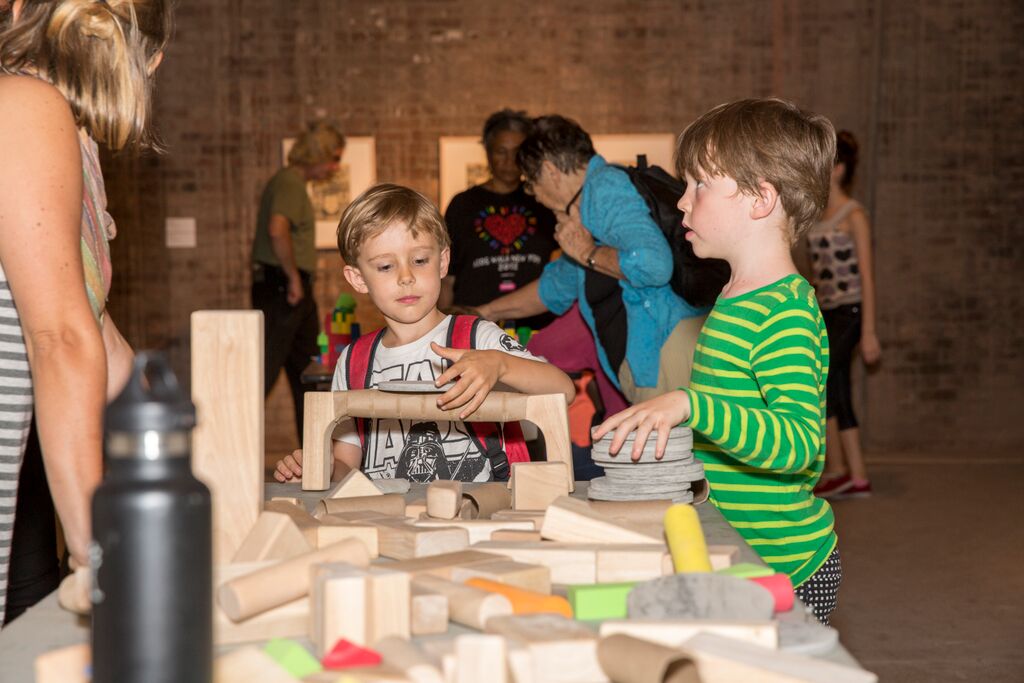 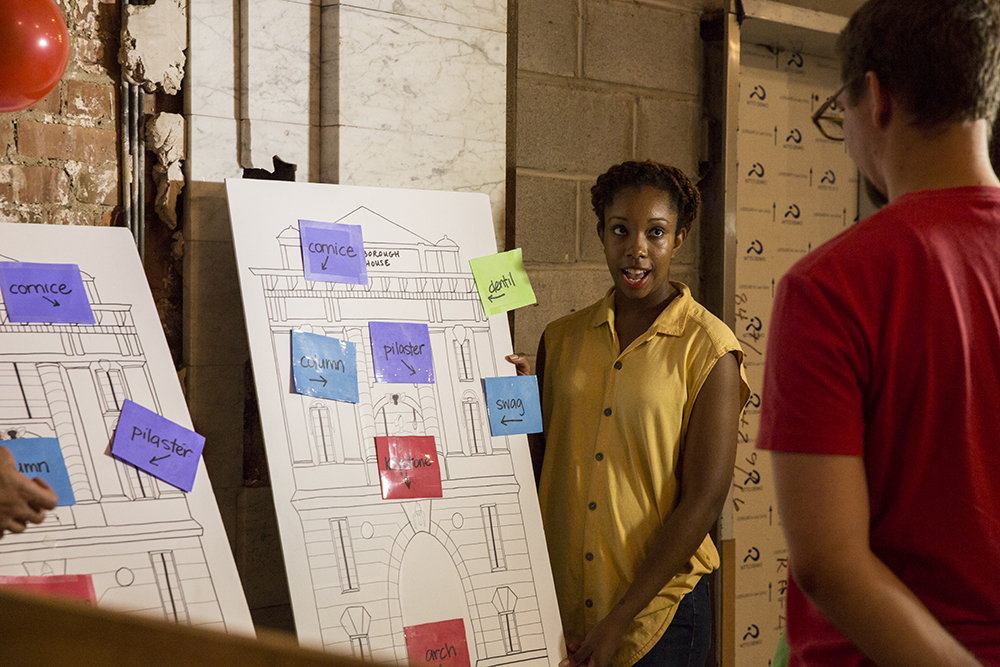